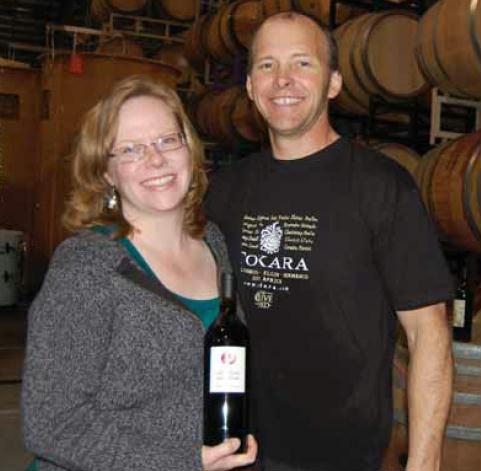 My favorite wine tasting room is Core Tasting room in Old Town Orcutt run by Dave and Becky Corey. It is a warm and welcoming environment. They are simple and unique. Family and kid friendly, they cater to all people. They love the tight knit community which they are in, and it loves them back. Their wine making is unique for the area, and there is so much talent between Dave and Becky. They truly are a team. If you have not tried their wines, or been to their tasting room, stop by. 130 N Broadway St Suite A, Orcutt, CA 93455, www.corewine.com

Check out these videos from the wine maker…

Annalisa was born and raised in southern California by two people who love music. Her late grandpa, who she spend a great deal of time with, taught her to always desire to learn no matter how old she got. She is self-published on Amazon.com. She enjoys wine tasting, cooking, playing the violin, listening to music, and reading. She is also lover of travel and trying new things.

Assisting on the bottling line with Core Winery

Any cookies that may not be particularly necessary for the website to function and is used specifically to collect user personal data via analytics, ads, other embedded contents are termed as non-necessary cookies. It is mandatory to procure user consent prior to running these cookies on your website.